The mighty rivers of the United States of America once served as the great highways of early exploration and inspired dreams of discovery.

Today, American Queen Steamboat Company® re-creates the same sense of wonder, excitement and inspirations with all the convenience and comfort of modern luxury aboard the most elegant riverboats in the world, the American Queen,® American Empress,® American Duchess™ and American Countess™. Traveling in the wake of legends, guests are transported to an era of leisurely and romantic travel.

Highlighting signature dishes from local dining venues, and special presentations by experts and innovators from the culinary industry, this cruise offers something for everyone and is sure to appeal to amateur palates and experienced foodies alike.

• 1 night pre-cruise hotel stay with breakfast in St Louis
• One way transfer from hotel to port on cruise departure day
• 7 night Cumberland and Ohio Riviers cruise aboard the American Duchess from Alton to Clarksville (near Nashville)
• All onboard meals, including both fine dining and casual cuisine
• Complimentary hop-on hop-off shore excursions in each port of call
• All onboard meals, including both fine dining and casual cuisine
• 24-Hour room service onboard cruise
• Complimentary onboard cruise `Unlimited Beverage Package` – including beer, wine by the glass, spirits and cocktails valued at up to US $12 in value per drink including 15% gratuity (does not include special tasting events onboard)
• Complimentary cappuccino, espresso, specialty coffees, tea, bottled water and soft drinks throughout your cruise voyage
• A dedicated fleet of deluxe motor coaches
• Port charges of USD $199 per person
• Prepaid ships gratuities of USD $137 per person 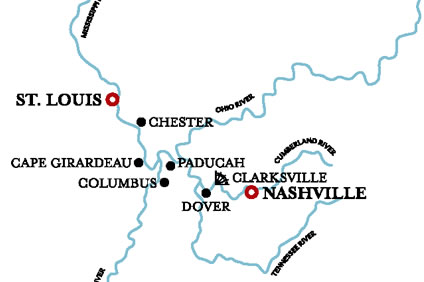 Enjoy your complimentary stay at the pre-cruise hotel. The evening is yours to become acquainted with the city. Our Hospitality Desk will be located in the hotel, and our friendly staff can assist with everything from general questions about your upcoming voyage to reserving premium experiences. Both American Queen Steamboat Company and local representatives will be readily available to provide you with dining, entertainment and sightseeing options to maximize your time here.

This adventurist’s oasis is always welcoming to our guests – as dewdrops of watercraft greet them from the shorelines. Founded in 1837, Alton has preserved its small-town aesthetic, but mated it with the modern industry and art that birthed its contemporary ambiance. Cafés overlook limestone bluffs draped in greenery as breezes and birds alike whistle through the trees. Enjoy both the indoor and outdoor treasures that showcase the enchantment that this river town has to offer.

St. Louis, Missouri, famously referred to as the “Gateway City,” is known for its diverse neighborhoods and the different cultures and traditions each one brings forth. The iconic city was founded in 1764 by French explorers who settled on the east side of the Mississippi, claiming the land as their fur trading post. In 1803, the city’s name began to spread as the beginning point for the famous Louis and Clark Expedition. The city is typically associated with its 630-foot stainless steel monument, the Gateway Arch, which stands proud on the banks of the Mississippi River to symbolize the westward expansion of the United States.

Known as the “Home of Popeye”, Chester, Illinois is a city rich in history and pop culture. Because creator and writer of Popeye, Elzie Crisler Segar, was born here, the famous characters starred in the show will be seen showcased frequently throughout the town. Stop at the Popeye Character Trail to view granite statues of the characters overlooking the Mississippi or check out America’s only Popeye museum and gift shop to take home a souvenir to remind you of your visit to Chester! Spend the day exploring the unique history as you walk through luxurious homes, historical buildings, and museums!

Nestled along the western banks of the mighty Mississippi River lays the city of Cape Girardeau, Missouri. It’s a community rich in history and heritage. For more than 250 years, people have been drawn to Cape Girardeau and the river on which it lies. Stroll along the riverfront, where the passion that led Mark Twain to write so eloquently about Cape Girardeau in Life on the Mississippi, the inspiration that Gen. Ulysses S. Grant used to lead with firm conviction as he took command of the Union Army in the historic downtown, and the warmth and hospitality that community founder Louis Lorimier extended to Lewis and Clark while on the journey of a lifetime as they set forth on their Corps of Discovery to explore the Louisiana Purchase will be prominent.

Paducah embraces their harmonious history between the European settlers and the Padoucca Indians native to the area. The city is located at the confluence of the Ohio and the Tennessee Rivers and because of this, it is often called the Four-Rivers Area due to the proximity of the Ohio, Cumberland, Tennessee, and Mississippi Rivers. This prime location has played a major role in Paducah’s history, as transportation was easily accessible – the economy was strong and travelers were frequent!

A resting dock meets guests in Dover, a town that reveals the value of serenity in river living, where peace and quiet are interrupted only by cricket chirps and birdsong. Adventure through Fort Donelson – Dover’s touchpoint during the Civil War – which has been resurrected into a nexus of history and natural riches. Here, hilltops harbor somber stories, country roads lose themselves in golden horizons and historic treasures are kept secret behind the tree lines. Capture the romance of this little river town’s past, and experience the everyday phenomenon of its future.

Grand steeples puncture the city skyline, and groomed streets disperse into sounds of serenity at the Riverwalk, where American Queen guests arrive at Clarksville. Take a stroll down the promenade, soak in serenity at the riverside, then head downtown to experience this empire that sprouted from a dream. 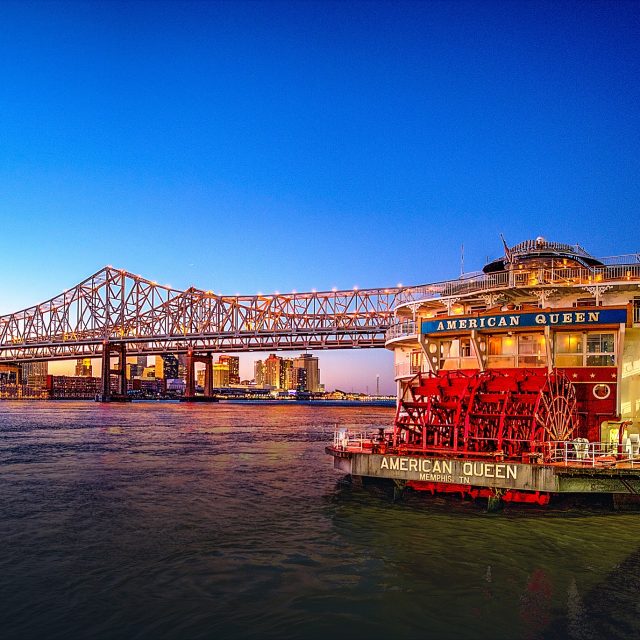 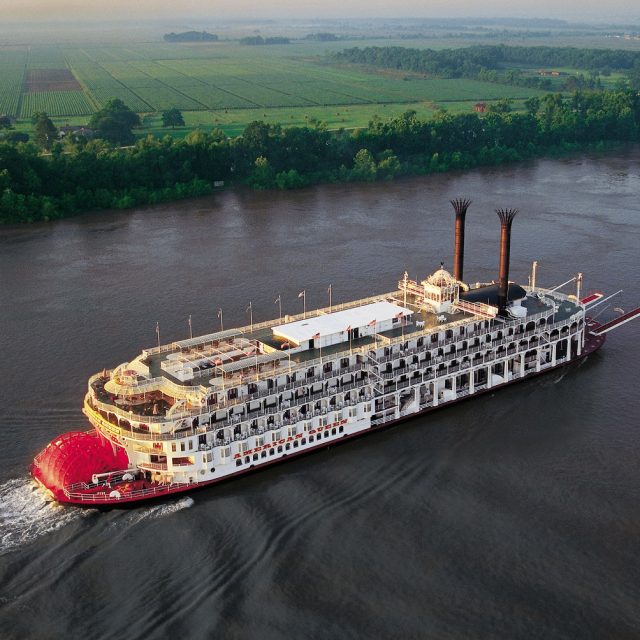 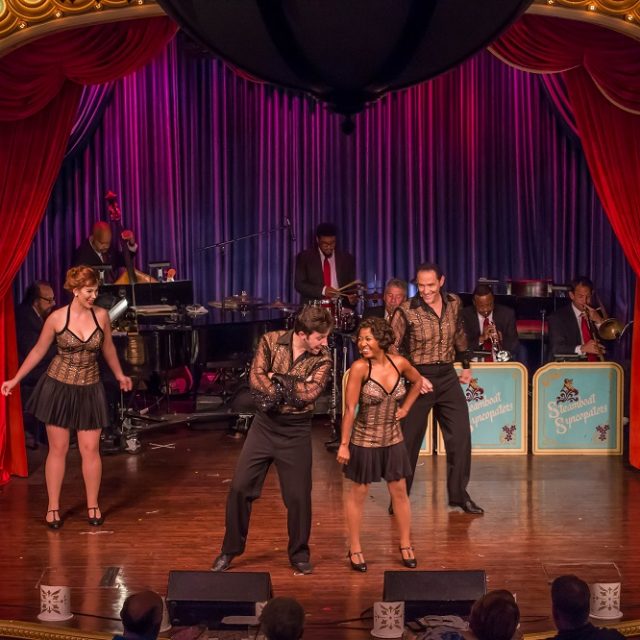 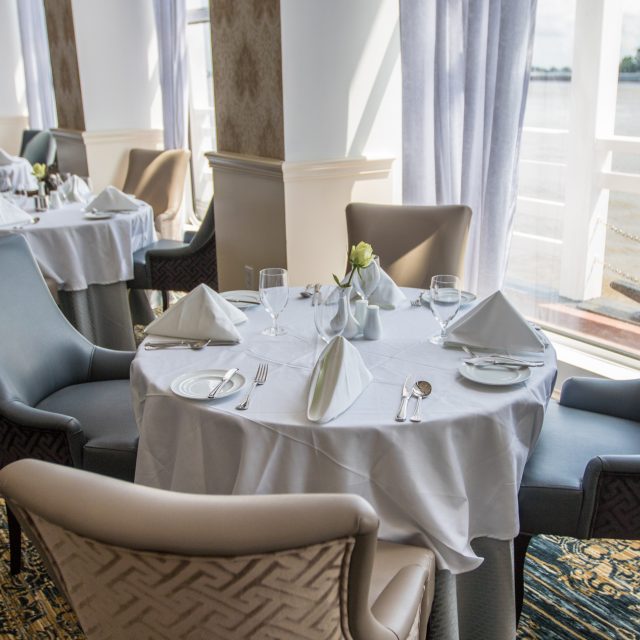 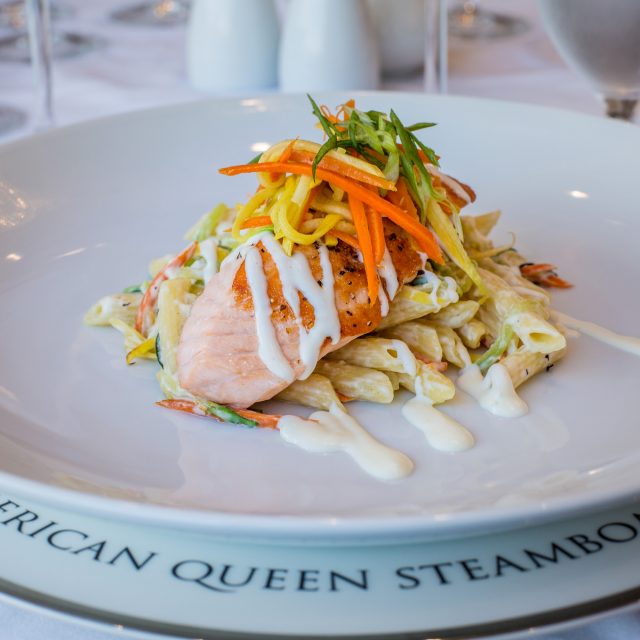 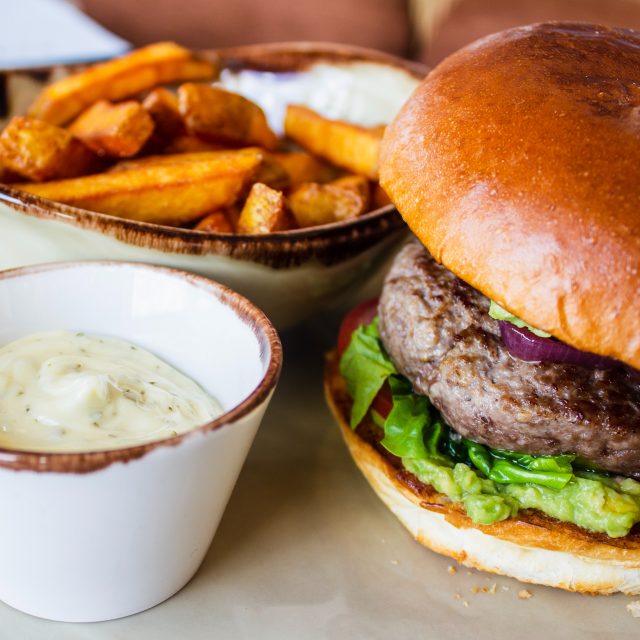 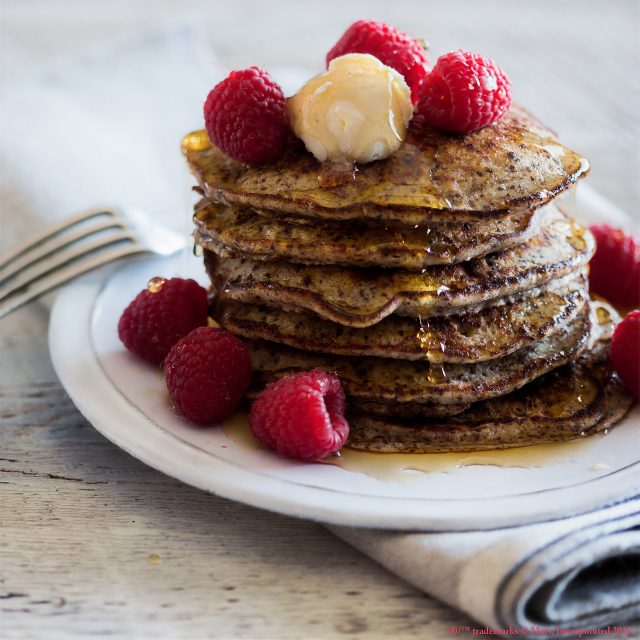 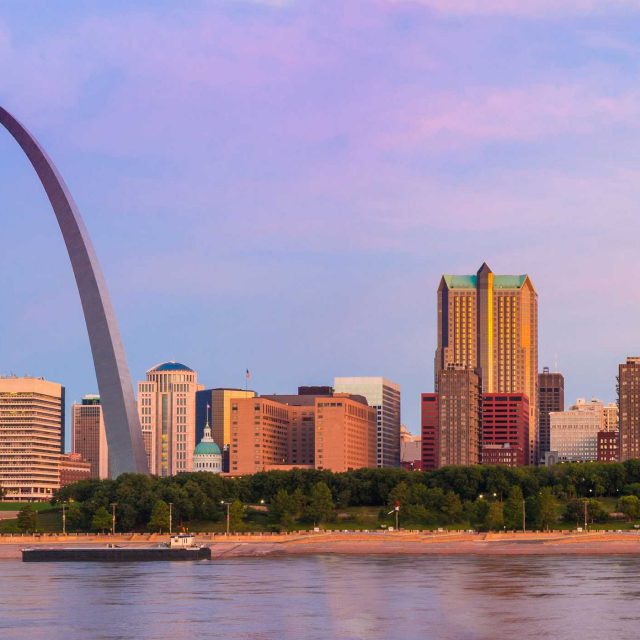 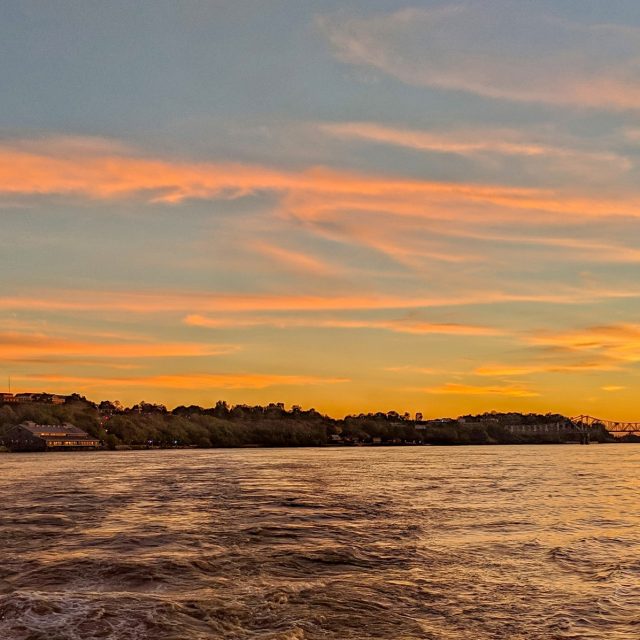 *Terms & Conditions Apply. Offer is limited, subject to availability and change without notice.
Promotion is correct and valid at the time of publication. Full booking and supplier terms and conditions apply.

Valid for new bookings only and not combinable with any other offer (unless stated).
All prices are in Australian Dollars based on twin share unless otherwise stated.