Rivers of the World

We are delighted to share our Uniworld’s inaugural Rivers of the World cruise departing 20 May 2023. Experience un-paralleled, all-inclusive luxury onboard five of Uniworld’s newest Super Ships, over 46 nights. From the glittering Nile to the breathtaking Douro River Valley, you’ll find yourself immersed in a plethora of enticing destinations on our longest journey yet.

This is a once in a lifetime opportunity to get up close and personal with the most iconic rivers and  exciting destinations of the world. Experience a world cruise in the most intimate way with Uniworld Boutique River Cruises.

Once you’ve booked this cruise, everything is taken care of including inter-connecting airfares, shore excursions, wi-fi, and free-flowing beverages. 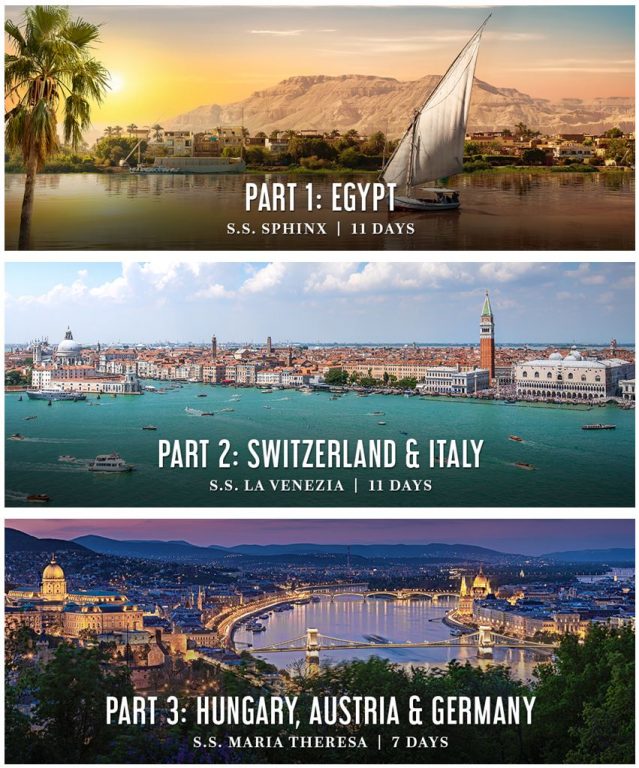 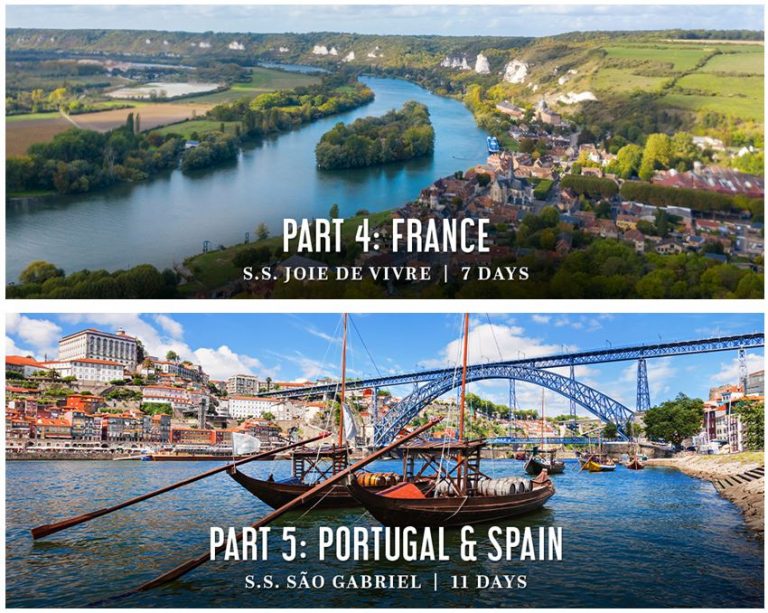 The Nile was home to the world’s first river cruises, so it’s apt that we start our voyage here. Join us as we celebrate our inaugural Rivers of the World Cruise in style at our opening event in Cairo. Then embark on the first part of your epic journey with luxury hotel stays in Cairo and onboard our newest Super Ship–S.S. Sphinx. Along the way, you’ll be joined by an expert Egyptologist and explore such fascinating ancient wonders as the temples at Abu Simbel.

Cross the Mediterranean Sea as you fly into the Swiss Alps to stay at the beautiful Lake Town of Lugano, situated on the border of Switzerland and Italy. Then move onto a land tour in chic Milan before setting sail on the Venice Lagoon and Po River for your cruise through Northern Italy on the newly transformed S.S. La Venezia.

Cruise through the heart former Holy Roman Empire onboard a ship inspired by its most famous queen, Maria Theresa. Expect stunning natural landscapes, hidden gem villages and awe-inspiring regal architecture—which you’ll get VIP access to on such experiences as a private tour of the Schönbrunn Palace.

Head to the Seine for the penultimate leg of our trip. Here, you’ll indulge in the casual elegance of Paris, sumptuous wine and cuisines and a unique array of charming local towns. Choose between a show at the Moulin Rouge or a visit to one of the wonders of the western world, Mont St. Michel, for the highlight of your time in France.

Experiencing the spectacular Douro River Valley onboard the new S.S. São Gabriel is the perfect ending to this once-in-a-lifetime cruise, with no shortage of colourful cities and lush river views. Cap off your incredible journey with a land tour in Lisbon, during which you’ll visit the one-of-a-kind cities of Sintra and Cascais, and a glamorous Farewell Event in Lisbon. 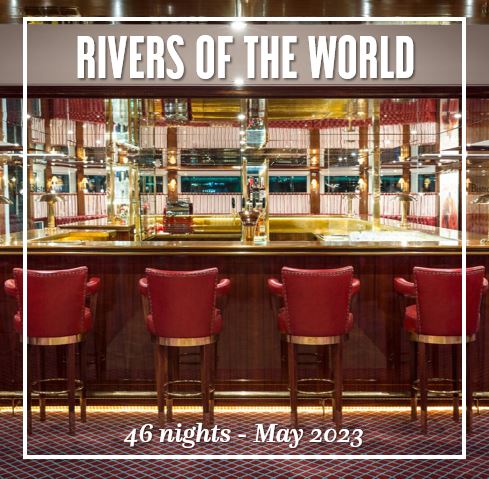 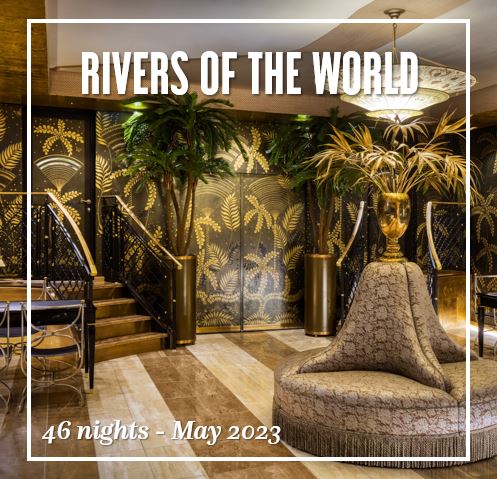 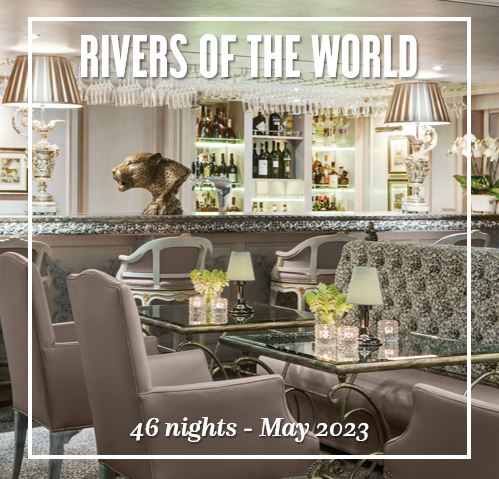 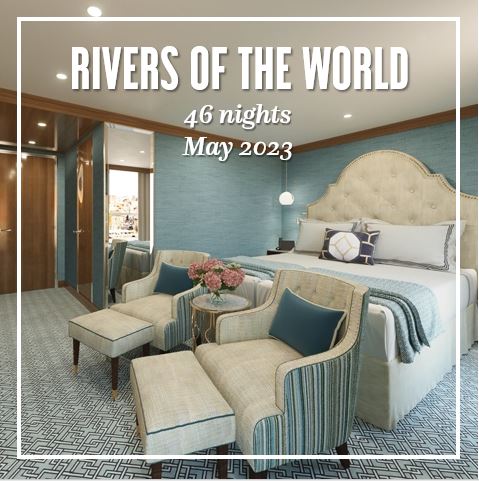 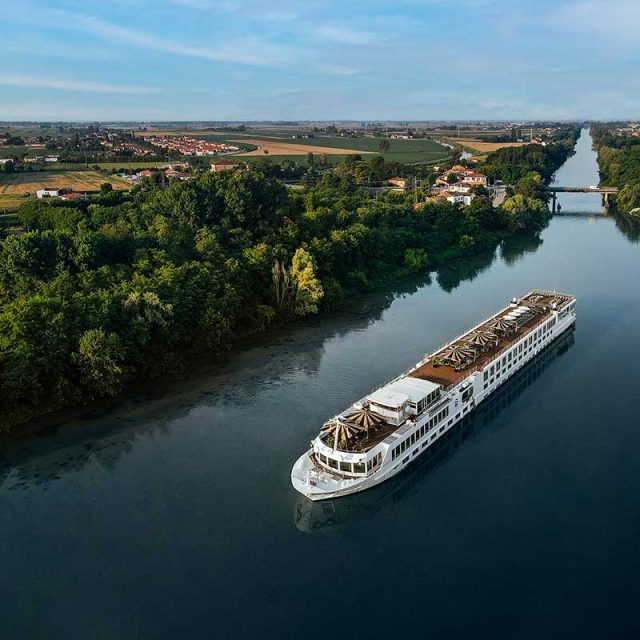 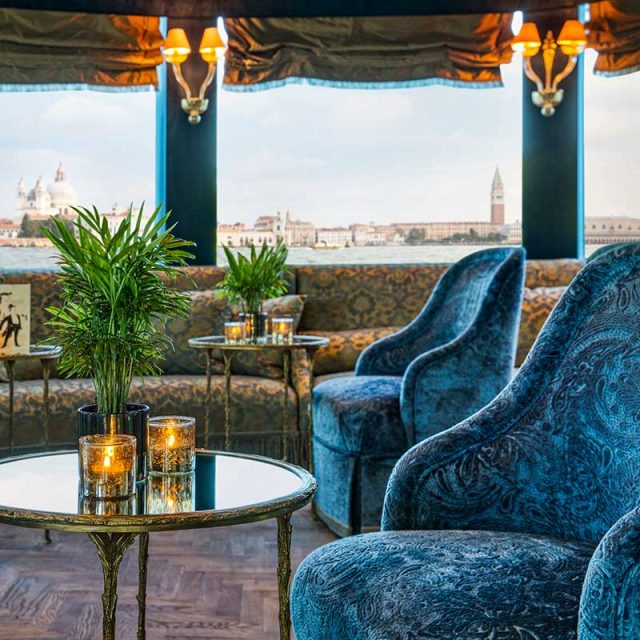 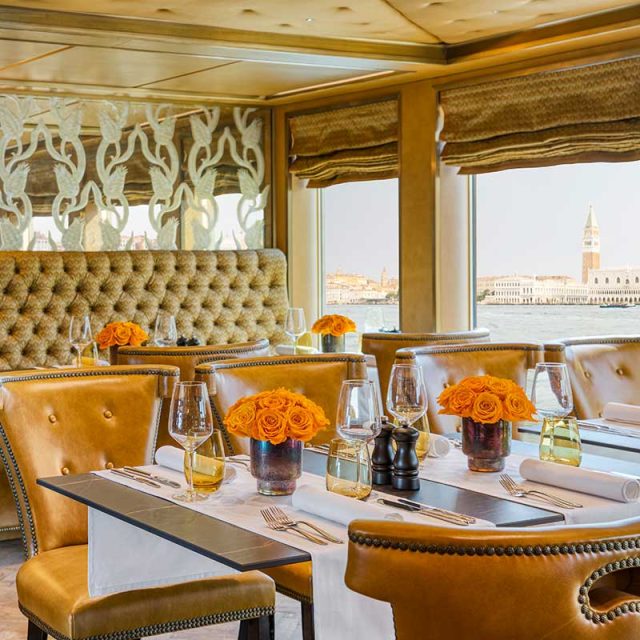 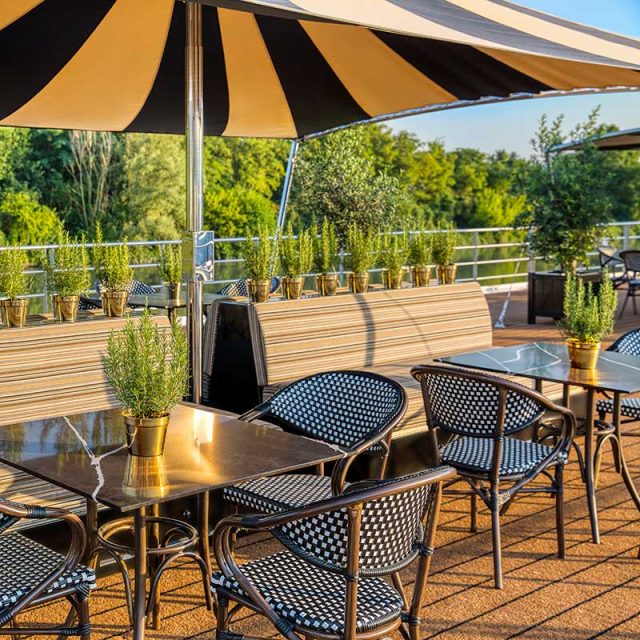 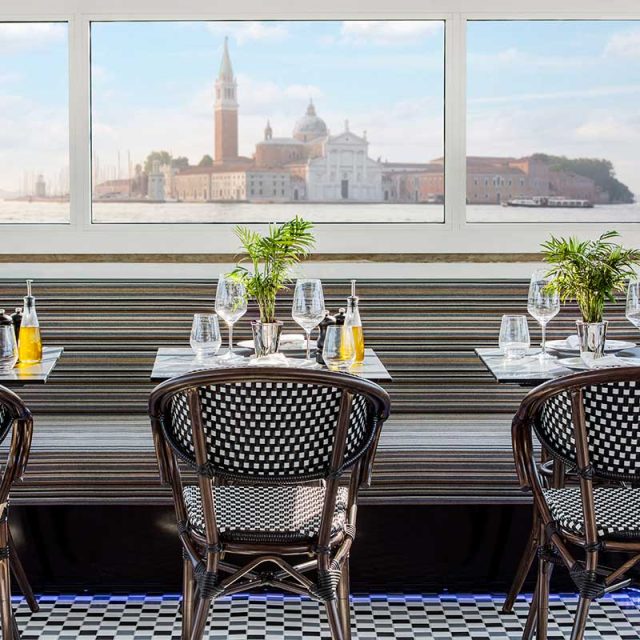 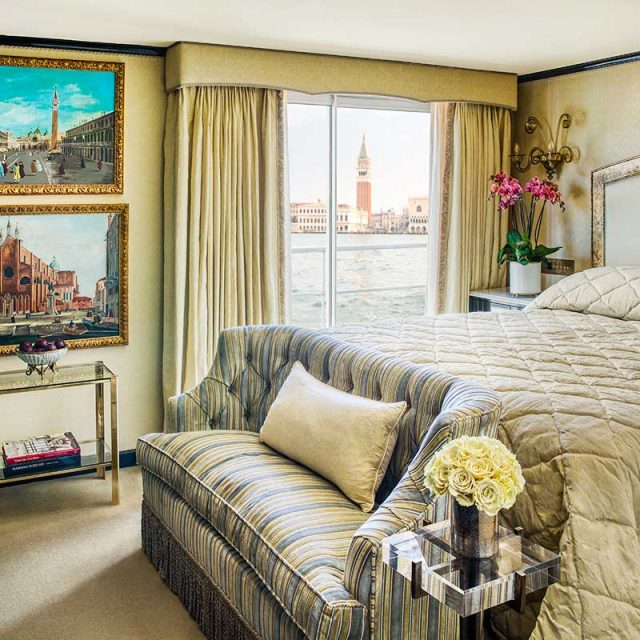 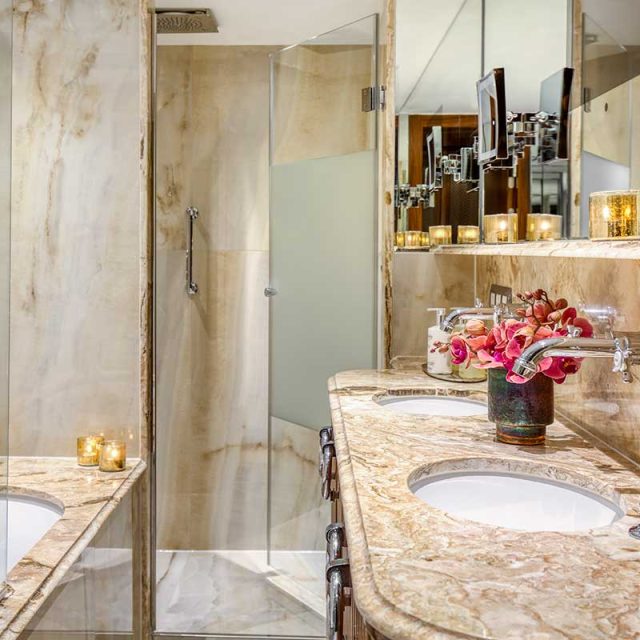 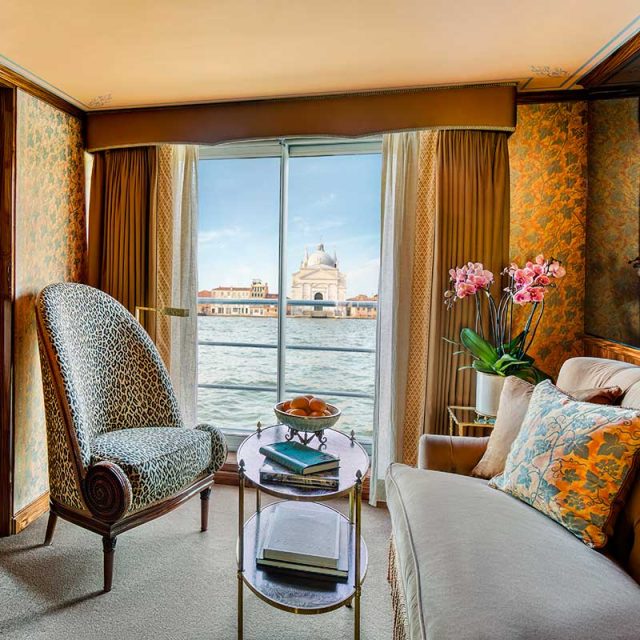 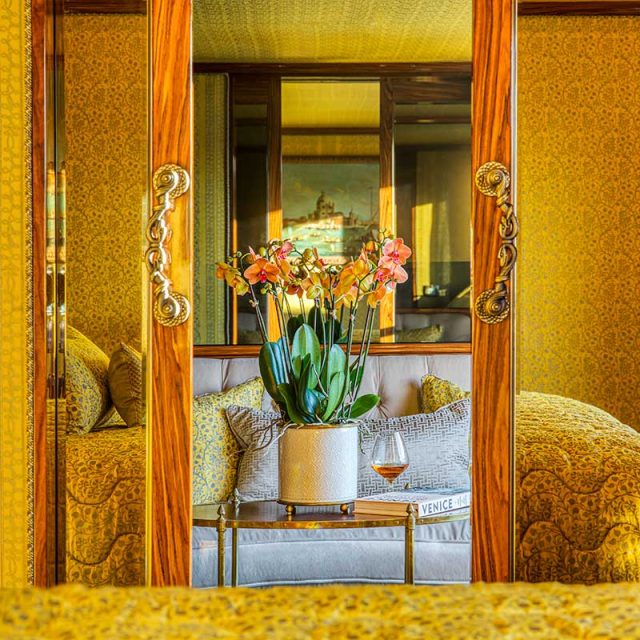 Valid for new bookings only and not combinable with any other offer (unless stated). All prices are in Australian Dollars based in twin share occupancy unless otherwise stated.

*Pay in Full Savings of 10% requires payment in full within three days of booking. Fully combinable with River Heritage Club savings. All applicable discounts are applied sequentially; fixed savings amounts are deducted prior to applying any percentage-based discounts. All guests are required to have a valid comprehensive travel insurance policy. Other restrictions may apply. ^Ask your travel agent for full details of the Uniworld Booking Assurance policy.

*Terms and Conditions apply. The competition shall run from midnight on 31 May 2021 to midnight on 20 December 2021 and will be a game of chance. The winner will be drawn at random at 4pm on 21 December 2021 and advised by telephone and email using the contact information provided at the time of entry. The prize must be claimed by sending a reply email to Travelfix within 14 days of the winner being announced. The $1000 prize will be issued in the form of a travel credit and held on a company account, valid for bookings made within 6-months of the date of issue. Travel credit may be redeemed through Travelfix, operated by The Travel Squad Pty Ltd only, by calling our office, and can be used towards any new cruise, package tour, or package holiday booking for a duration of 5 nights or more.  Travel credit cannot be used towards payment for existing bookings or as a deposit for a new booking. Travel credit cannot be transferred or redeemed for cash.